FFMHA CORRESPONDENCE TO TOWN OF FORT FRANCES REGARDING ICE IN PLAN

The FFMHA would like to thank everyone again for your patience and understanding during these uncertain times as we work with the Town to determine what our options are.

Following the FFMHA board meeting held on Tuesday September 15th, we have the following information to pass along:

- The Town has scheduled for ice to be in both rinks by October 5th.

- The recommendation regarding the Town’s Ice in Plan is being sent back to the Community Services Executive Committee for review on Monday, September 21st and will be re-examined by Council on September 28th that will hopefully provide more clarity.

- Beginning the week of October 5th, all divisions with the exception of U9 and U7 will begin. We will be starting with a 4on4 format initially.

- After 2-3 weeks, the Town should have a plan where spectators will be permitted in the stands. U9 and U7 will commence their seasons at this time to allow for spectators.

- Due to the Ice in Plan being sent back to Council, payments can be deferred until that time.

- Registration will be opened up again when we have more clarity on numbers in each division, there will likely have to be a waiting list format in some divisions.

Again, we thank you for your patience and understanding during this time.

Link to September 15th board meeting

While the registration deadline will remain as Sunday Septermber 13th at 5:00PM, we will allow registrants to defer payments until Wednesday September 16th. This will give families time to discuss the outcome of the Town Council Meeting on Monday and decide (hopefully) to remain with minor hockey this year.

As well, for those who have paid, if a refund is requested after the Meeting it will be issued.

Again, we thank you for your understanding and patience.

The FFMHA would like to keep you posted! Under the Reopening Ontario Act - Stage 3 we are planning the following for the Hockey season around the corner :

- at this stage, players will have to arrive mostly dressed, everything but skates & helmets - goalies can don pads and chest/ arm protection at the arena

- leagues (cohorts) will be at most 50 participants

- at most 4 teams per cohort

- the deadline to register is Sunday, September 13th

Again, this situation is fluid and keep watching for updates and news. As always, thank you for your patience and understanding during this time.

FFMHA is aware and has read document from the  Town of Fort Frances entitled “Ice In Plan and Participation Requirements.”

Without question there are things contained within this document that could have a significant impact on the upcoming 2020/21 minor hockey season.

We are working diligently towards solutions that will be of most benefit and in the best interest of participants of minor hockey. 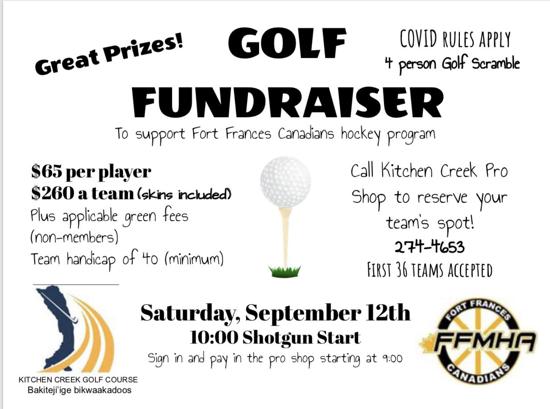 Registration has opened.  Please be sure to read the welcome message on the first page!  We are taking e-transfers for all payments unless arrangements are made with the registrar.  E-transfer address is:

The FFMHA Board would like to thank everyone for their patience as we navigate through the safest return to hockey within the Hockey Northwestern Ontario Framework that was released this week and has been endorsed by regional health authorities. Here is what we have for seasonal planning so far:

- Registration for the 2020/21 season will open September 1st (10:00AM CST) and close September 13th (5:00PM)
- Late registrations will NOT be accepted due to league restrictions on numbers as per the HNO Return to Play Framework
- 5 on 5 hockey is being planned
- AA teams are being planned - see below
- we require the number of athletes by the deadline to appropriately and effectively design and plan the various age groups

It has been decided that there will be AA programming this year and while the makeup of the AA season is yet to be determined, at the very least, the AA teams will play up an age category and be a member of that house league division on a regular basis ie.  U11 AA will play U13 HL.  There will be the opportunity to register for AA tryouts on the registration page.  The tryout fee for AA is $50.

If you require any further information or have questions please refer to the HNO Return to Play Framework linked below or contact a FFMHA board member.

MEDIA RELEASE - “The FFMHA is meeting and communicating extensively to fit the start of our 2020/21 season within the HNO framework.  As soon as we are able, we will be releasing information that will be posted to Facebook and our website www.fortfranceshockey.com regarding start dates, league/ division makeups, AA programs, conditioning camps, safety protocols as well as any other pertinent information related to season start up.  We appreciate your patience during this time.”

The Fort Frances Minor Hockey Association would like to announce to all players, coaches, and parents that we are planning to open registration for the upcoming hockey season on September 7, 2020. Although we are still in the wake of a global pandemic, the FFMHA board expects a framework from Hockey Northwestern Ontario in the coming weeks that outlines a safe return to hockey with endorsement from regional health authorities. This should yield greater certainty so that we are able to inform parents, coaches, and players when a return to hockey may be expected and what it may look like.

As nominated, voted and elected to the FFMHA board of directors at the July 21/2020 meeting, congratulations to the following new members:

Thank you to Jason, Greg, Kim and Nathan for stepping up to fill the vacant positions. We are still looking for a U9 director for the 2020/21 season. If interested please e-mail Lori at secretary.ffmha@outlook.com prior to the August 18/2020 meeting.

As we all know, the 2019/20 year end banquet was cancelled and awards could not be handed out at that time.

Thank you to all players, parents and coaches for making the 2019/20 FFMHA season a success.

Congratulations to all the players for a great year. Below are the trophy recipients.

FFMHA will be in touch with the players to discuss getting trophies to them. Midget awards to be posted shortly.

Please click to read Hockey Canada’s latest update on COVID-19 in an open letter to all Canadians.

FFMHA is in need of 3 Peewee House League Head Coaches.  Without these coaches in place by the weekend we cannot move forward with Peewee evaluations and team selections.  Please consider volunteering as Head Coach.  If you can coach please contact Kim Nicholson the Peewee Director at nicholsonkimberly@gmail.com

House League evaluations are this weekend.  If you are coaching novice - bantam you must attend unless discussed with your league director.  It is imperative that coaches are present to assist with on-ice activities as well as with the player rankings.

There will be a MANDATORY coaches meeting on Monday September 30 at 7PM in the IFK conference room.,  The meeting will be approximately 1 hour.

Due to the influx of requests at local police stations for background checks it is recommended that you start the process of obtaining your vulnerable sector check if you haven't had one done.  As of tomorrow, Sept 26 there will be a letter on file at the local OPP and Teaty 3 stations for you to pick up the forms and fill them out.

Registration Link is below.

Registration is now open for coaching clinics being offered in Fort Frances. The clinics and dates are:

We are also finalizing dates for a coach 1/2 clinic.

Please register through e-hockey at the link below.

FFMHA is in dire need of Senior Referees (18+).

For the upcoming 2019/20 season we have an extreme shortage of senior referees. If enough referees are not found the amount of games played in all divisions will be much lower.

FFMHA is currently looking for one director position to sit on the board for the 2019/20 season. If you are interested please email your interest by July 30th to ffmhawebmaster@outlook.com

As elected at the FFMHA Annual General Meeting the board members for the upcoming season are:

Please note that we are looking for a director position to sit on the board for the upcoming season.  If you are interested please contact an elected board member.

INFORMATION FOR PLAYERS NEW TO HOCKEY

Please find below a great link to a Hockey Canada document entitled "Hockey 101". In this document you will find helpful information about equipment requirements, basic rules and respect in the game.

All players will also need a hockey jersey and socks for the evaluations for house league. If you cannot supply these, please contact FFMHA and we will assist you.

The Respect in Sport Program for Parents is a unique, in-depth 1 hour online program geared to providing the parent with information on how to evaluate and understand:

The program is a proactive, educational program that empowers parents with the tools to ensure the game is enjoyable and respectful for themselves, their children and all other stakeholders in the game.

Beginning with the 2016-17 minor hockey season a minimum of 1 parent/guardian from each family with players at the Novice or Atom level will need to take the program along with 1 parent/ guardian from any players entering Hockey Canada programming for the first time in the peewee to midget age groups.

The cost of the one hour online program is $12.00+HST and you can complete the course at the link below:

RESPECT IN SPORTS FOR PARENTS 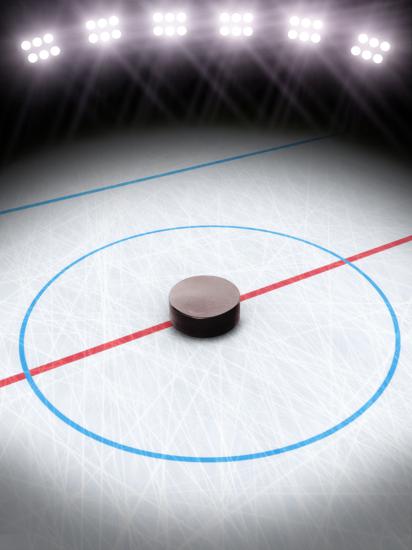